Weathering with you is a 2019 romantic fantasy, anime film that was produced by CoMix Wave films and released by Toho. It tells the story of a 16-year-old boy named Hodaka, who is a runaway, who has decided to go to Tokyo and pretty much start a new life for himself. He starts a new part-time job and meets a bunch of interesting people. 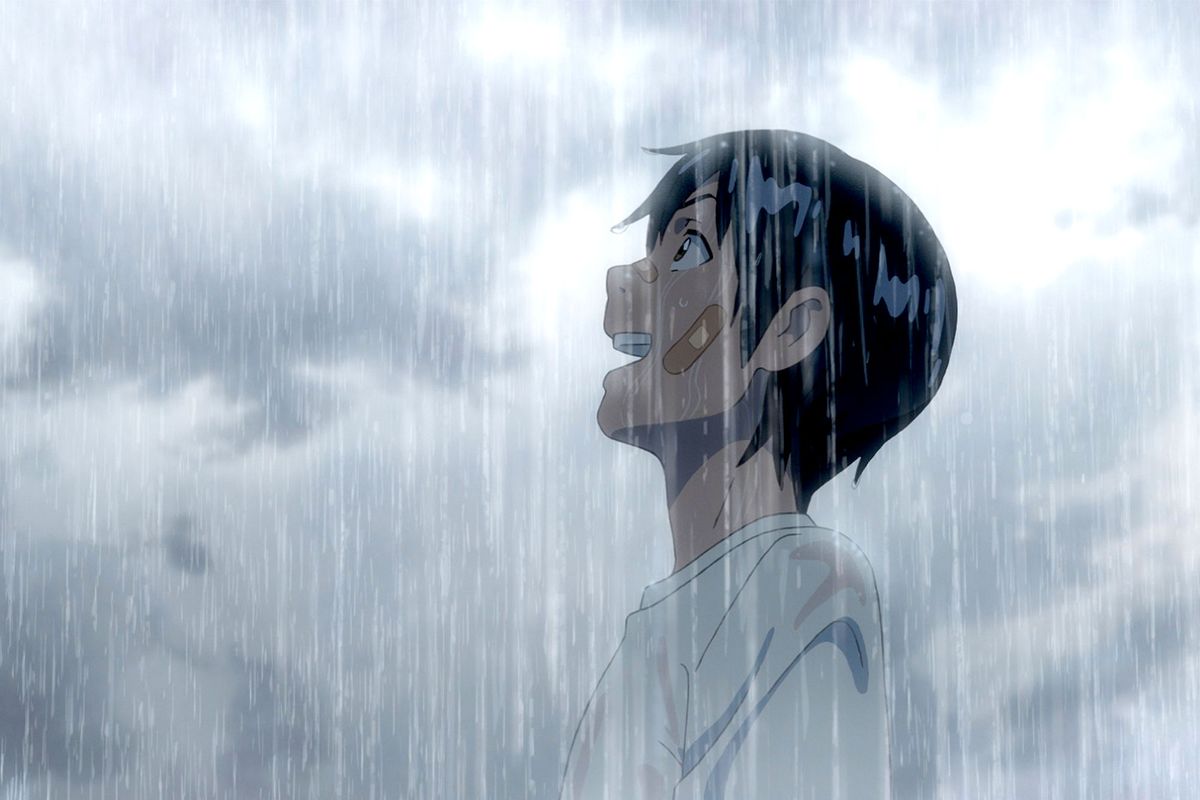 However, none more interesting than the Sunshine Girl Hina, and we soon discover that Hina actually has some kind of power that allows her to manipulate the weather. If it’s a rainy day she’s able to make it as clear as she can and bring sunshine to the world. We learned that Hina is also a runaway living on her own, with her younger brother Nagi and when Hodaka shows up and they all become friends, they start trying to find ways to bring the world, all the sunshine that they can, with Hina’s abilities, of course, it’s not all sunshine and rainbows, there is a little bit of a mystery here, and a lot of difficult things that these characters have to overcome in the film.

Now, this film was written and directed by Makoto Shinkai, who many will recognize from his film Your Name, who will also direct previous films such as The Garden of Words, children who chased lost voices, five centimeters per second, and the place promised in our early days. One thing to note right off the bat is a lot of people might find a lot of similarity to the film your name, and one of the things that are kind of the most obvious here is the fact that they are actually set in the same universe, and if you’re trying to decide which one to watch first you might want to start with your name because there is actually some cameos from that film that take place in this one, and I won’t give much more away than that, but I also don’t want to compare the two very much, even though there are similarities, I definitely think these stand out as two very different films.

However, one thing and noticeable for sure is the music, which was once again, brought to you by the band, Radwimps, who did the soundtrack for both your name and weathering with you, weathering with you went on to become the highest-grossing animated film of 2019 and received numerous nominations, all across the board. It was not only submitted as a Best International feature to the Academy Awards, but it received the most nominations for the Annie Awards, which are the most prestigious animation Awards, which tied Spirited Away and Millennium actress both films from 2001. Speaking of the animation, it is just gorgeous. It is stunning. Makoto Shinkai has always been known for his incredible backdrops who, That looks so realistic.

There are so many sequences where you feel like your jaw is going to drop, just because it is insane how much detail was poured into this film. This is especially noticeable in the 4k release of this film, which was done in the United States by GKIDS, and this exclusive box that but we’ll get back to that in a little bit when I want to really talk about is the narrative in this film, which I think is one of the best parts about it. I really enjoy that this film has a huge focus on climate change, you know, we see it in the title and the plot all over the film there are elements that show us all of these issues that we’re experiencing all season, all these natural disasters that are occurring every year all the time, and I love how the title essentially means you know weathering through something with you with another person, being willing to go through the struggle with someone else. 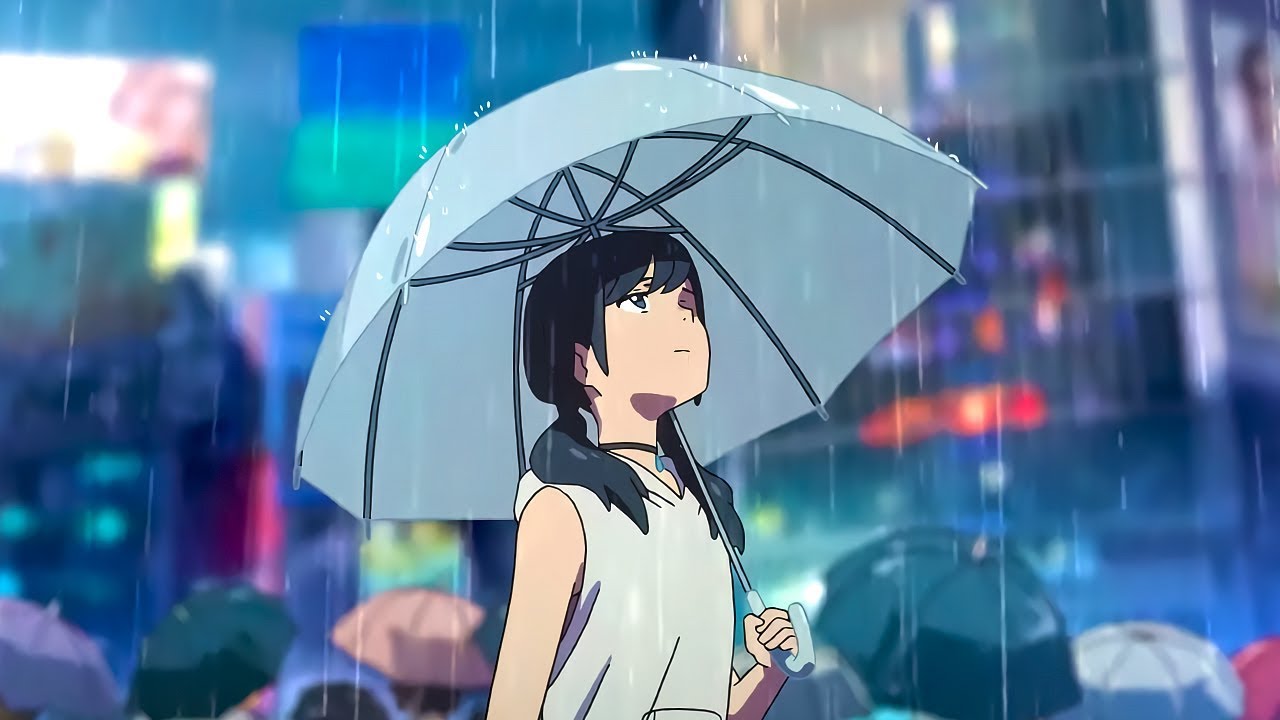 I really appreciate how Shinkai, really focuses on finding a way to blend realities, you know, current situations that reflect, you know exactly what’s going on and showing them in his film. He even attempts to highlight actual properties companies all things, things all over the world, to make it feel like you’re actually watching something that takes place in our real world, but none of this would matter if the film didn’t have great characters to go along with it. First off we have Hodaka, who I think is a very enjoyable protagonist, you know he’s a young kid, but he has so much heart, and there’s a lot of great quotes that we see from him throughout the film.

You know, he just wants to enjoy life, and I love that we don’t have to know all about his backstory like why he’s a runaway you know what happened, you know, it just presents this character that’s in the situation and trying to make the best out of it, of course, he ends up falling for Hina every scene that she’s in where she’s making the weather clear up is just astounding the music when it swells and all sorts of other things the way it’s all presented is just amazing all the other main characters add a lot of flavors too her younger brother Nagi is funny as this little kid who as Hodaka calls is kind of a player.

And he knows all that he thinks he knows all these things about relationships and is willing to give advice and for a lot of the film’s comic relief, and then we have Hodaka’s employers that being Suga, who is kind of this older version of Hodaka you know he still has childlike elements to him, but he is very funny you know he’s, he’s got a way of critiquing Hodaka that is enjoyable.

And we can’t forget Natsumi who plays Suga’s niece, who we are kind of seeing as this like attractive character to Hodaka. She has a lot of good comic relief moments too. And together these characters just do a great job of giving us, people that we really enjoy watching, and just trying to figure out where the story is going to take them and I think the pacing of this film is very well done, it’s just under two hours but it feels like it goes by rather quickly, and I’m always looking for that next moment when things start off really great, and you can kind of wonder, like when it’s going to start changing and maybe turned bad in any way, but what really holds this film altogether is the music is a fantastic soundtrack that was put together by Radwimps.

There are several songs in particular that go with the film that have lyrics, and they actually kind of help sway parts of the story in this kind of montage moment, two of them feature the vocalist Toko Miura. One of them is a celebration and. And then the last one being a grand escape, but probably the most prominent one that we see in the song. Is there still anything that love can do? and all three of these songs just really make this film work in so many different ways. Not only that but I remember when I was listening to the soundtrack on repeat for a while.

I swear there were moments where I almost wanted to tear up because of just how beautiful it is. It elevates this film to another level and I think it’s truly the reason why this film is so great, it really adds to the emotional aspect of this film, especially in the main relationship between Hodaka and Hina, and a specific choice that is made at the end of the film.